Benefits of video surveillance for highways 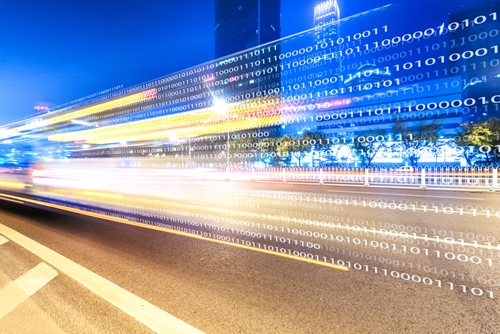 Due to everything from long waits in airport security lines to the low price of gasoline, more travelers in nations such as the U.S. are hitting the road than ever before. For example, the American Automobile Association projected that the number of people traveling by car jumped 2 percent year-over-year for the 2016 Memorial Day holiday weekend, to a staggering 38 million.

More drivers on the highway means more congestion, accidents and traffic violations. In this context, video surveillance solutions can provide much-needed information and awareness about the conditions on busy roads from one moment to the next. Here are a few key benefits of video for highways:

1) It can help with traffic measurement and planning

Congestion is tough to manage, especially since it is so often compounded by weather, incidents and road work zones that lead to lane and exit closings. According to the U.S. Department of Transportation's Federal Highway Administration, one-quarter of all lane-miles in the country's major road systems were congested in 2014. Work zones alone also caused the loss of 310 million gallons of fuel that year.

Traffic cameras are critical resources when confronted with these challenges of both recurring and one-time congestion. For starters, a video feed of a congested roadway offers valuable insight into vehicle counts and how traffic flows evolve throughout the day and in response to specific events, whether a heavy rainstorm or extended roadwork.

This video data can in turn be relayed to outlets like news stations, which can then provide live updates about estimated commute times and alternate routes. Moreover, it can be used to draw up plans regarding lane allotments as well as exit closings and openings to optimize flows, and to make decisions about long-term construction and development projects.

2) It can detect parking violations, toll tailgating and similar issues

Is a car parked in a truck-only rest lane? Is a vehicle moving counter to the overall flow on a certain road? These questions are hard for anyone other than nearby drivers to answer - unless a video surveillance solution has been deployed to keep an eye on such issues.

A video feed of a highway provides clues about these sorts of violations that can slow down traffic, jeopardize safety and run up costs for local, state and federal governments. Toll monitoring is another prime example of the difference a video system can make: States like Massachusetts and New Jersey already lose millions of dollars in toll revenue each year due to technical errors and exemptions, so there is a major incentive to ensure proper collection.

Video surveillance can spot vehicles trying to tailgate through booths, or identify ones that did not pay when passing through a gateless tollway. This knowledge can help improve toll collection mechanisms and practices.

3) It can encourage safer driving

Driving is still a risky mode of transportation compared to taking a plane or train. Accidents can and will happen, whether in bumper-to-bumper traffic on the expressway to a busy intersection in the middle of a city.

Video-based solutions such as red light cameras have already proven to be effective deterrents to risky practices that make driving less safe, such as racing to get through a yellow/red traffic light or being caught out in the "box" of a four-way intersection. For instance, a study from the Federal Highway Administration found that RLCs were particularly effective in preventing right-angle crashes.

Cameras on the highway are also good for spotting pedestrians and unauthorized vehicles in restricted movement zones. Overall, having these areas on video can reduce the chances of an accident or additional congestion.

But what would an effective modern video surveillance, appropriate for the vast scope of a highway system, look like? The Royal Irrigation Department of Thailand's wireless mesh network provides some hints.

More than a century old, the Royal Irrigation Department of Thailand is tasked with developing and maintaining the country's irrigation systems. Several years ago, it set out to monitor the populous Chao Phraya River Basin with video and data.

However, the sheer length of the basin made the project inherently challenging. On top of that, the organization needed 24/7 availability, 240 Mbps of bandwidth to support live HD feeds and integration with Supervisory Control and Data Acquisition systems. These obstacles are similar to the ones that come with highways, namely vast scope along with a requirement for around-the-clock monitoring.

The department evaluated many possible solutions, from 3G and satellite connectivity to fiber and point-to-point wireless tech, but found that none of them could meet the technical requirements set out while also allowing for speedy deployment. Eventually, it decided to set up Firetide's patented AutoMesh technology to support the video surveillance efforts in the river basin.

The goal during the trial was to connect the Irrigation Department's headquarters to a site 70 kilometers away containing two cameras. The system was easy and timely to deploy, plus its wireless performance delivered live HD video even at great distances. Department officials were able to keep close watch on flood prone areas in the basin.

Highways around the world could benefit from a similar level of surveillance that keeps tabs on safety violations, congestion and accidents, even over long expanses. The Firetide Mobility Controller even allows for the entire mobile network - its nodes locations, their movements, etc. - to be monitored from a single device. Contact Firetide today to find out more about how video surveillance solutions can help out on the road.