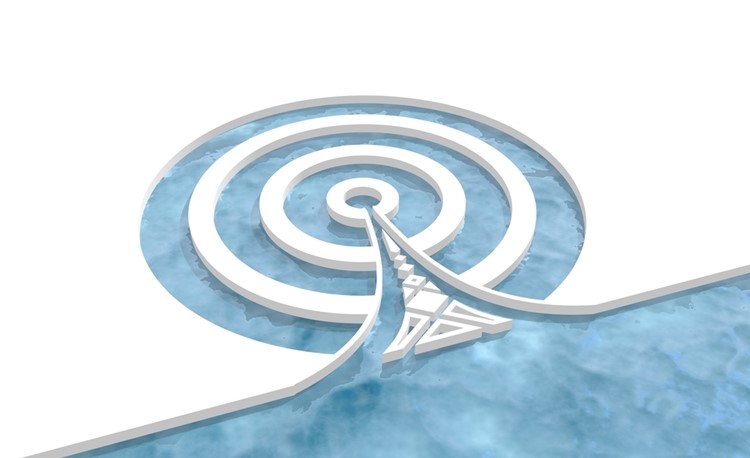 Like any other technology sector, video surveillance has its fair share of acronyms, abbreviations and technical terms. This is to be expected: There are many moving parts that operate within video surveillance systems and ensure that they are properly functional and secure. These words help reduce such complexity into a more discussable form.

Many people have likely heard about CCTV cameras and home DVRs. But these acronyms just scrape the surface of surveillance terminology. Let's look at few important ones to know about as you consider deployment of a video surveillance solution.

CCTV is usually not spelled out, but it breaks down into closed circuit television. The "closed" part of it refer to the fact that the connection between the camera and the recorder in the CCTV system is only accessible through a secure login; it is not "open" in the way that, say, a public internet video stream is. Unauthorized users cannot join the feed. Analog CCTV solutions have been reliable for many years, but are in many instances now being replaced by digital successors that feature superior image quality, storage and transmission, along with support for the Internet Protocol suite and Ethernet connectivity.

A digital video recorder is a device that stores video in a digital format. It may be hooked up to a cable TV box, a security camera system or something else. A network video recorder is a rarer and more specific term used to refer to a DVR-esque device that connects to a network to receive and store videos. DVRs come in many different types, but have become most prominent on the consumer end thanks to platforms such as TiVo and ones built into cable set-top boxes.

Multiple input, multiple output, or MIMO, describes a wireless network setup in which multiple antennas are used at both the source and destination of the signals. This has the advantage of reducing transmission errors and increasing data speeds. Traditional single-antenna systems sometimes run into problems when signals get scattered by obstructions, leading to fading and cut-outs during a video feed.

This stands for point-to-multipoint communication; alternate abbreviations include P2MP or PMP. PTMP is commonly used to network a single enterprise office out to multiple remote sites. It is also often deployed to support wireless backhaul as well as last-mile broadband connectivity. For video, it provides an easy way to interconnect edge devices and enable efficient traffic transport.

The opposite of PTMP, PTP means point-to-point. It refers to a connection between only two points, without the ability to send signals to multiple points simultaneously.

PTZ stands for pan-tilt-zoom. It describes cameras that are capable of certain remote control features that allow them to change direction and focus (zoom-in on) on a location. PTZ cameras are commonly used in contexts such as professional sporting events and security settings in which rapid changes in surveillance perspective are required.

Mbps is the notation for megabits per second; the less common MBps stands for megabytes per second. Mbps is most often seen in measuring network transfer speeds. A certain Mbps is needed to support HD video streaming. Wired infrastructures such as T1, OC-3 and Fast Ethernet are typically known for supporting relatively high Mbps rates, but wireless mesh solutions have in recent years been able to provide great throughput too.

Both of these acronyms refer to wireless security standards used in Wi-Fi networks:

PoE stands for Power over Ethernet. PoE has been codified in several modifications to the Institute of Electrical and Electronic Engineers 802.3 standard, which governs Ethernet. Basically, PoE allows for power to be transmitted alongside data on a twisted pair Ethernet cable, by using that wire's unutilized pairs. It eliminates the need for dedicated power supplies for some outdoor video surveillance cameras, which saves money and allows for more flexible deployments.

RF means radio frequency. RF is an alternating current that, once input into an antenna, generates a radio wave for wireless communications. In terms of the electromagnetic radiation spectrum, RF occupies a range from the single-digit kHz to several hundred GHz and includes in it a variety of wireless technologies such as Wi-Fi, ZigBee and 4G LTE, among others.

First things first: IP simply stands for Internet Protocol, and refers to the suite of technologies that enable communications across IP networks. The IP suite includes everything from Ethernet to the HTTP protocol. IP video in particular is the term for digitized and networked CCTV, such that images are easier to capture, store and transmit over a private IP network or the internet. Unlike analog CCTV, digital images from IP video are not degraded when copied and transmitted over long distances, which makes them ideal for some surveillance purposes. Distribution and remote control features are also easier thanks to network access and the use of IP cameras with PTZ capabilities.

Quality of Service is the broad term for management of network resources. Networks that transmit the video data captured by video surveillance systems need QoS in order to support acceptable quality even with many other applications competing for bandwidth on the network. QoS is often achieved by managing jitter, packet loss, delay and bandwidth via a device such as an access point.

These two numbers refer to the most common bands in which Wi-Fi networks operate, although there are others like 4.9 GHz for public safety. Older wireless networks typically only use the 2.4 GHz one, which is a crowded band also utilized by equipment such as microwaves, Bluetooth devices and medical diathermy machines. Utilizing 5 GHz provides more freedom from interference and was a critical differentiator for the Firetide backbone used by Ray Cammack Shows for precise and resilient signal aiming even through long tunnels and monorail infrastructures at a fairground. Unlike 2.4 GHz, 5 GHz also supports faster Wi-Fi standards such as 802.11ac.

FCAPS stands for fault-management, configuration, accounting, performance and security. It is a framework created by the International Organization for Standardization, or ISO. The FCAPS model is designed to do everything from minimize downtime to protect the network from sabotage by hackers. In practice, enacting FCAPS may be done through network management software that, for example, helps with the operation of a mesh network through traffic prioritization and flow control.

These are just a few of the many video surveillance and security acronyms that often come up when talking about solutions for public safety, transportation, industrial automation and other use cases. To find out more about how you can get a surveillance system tailored and enabled for your specific needs, visit Firetide today.