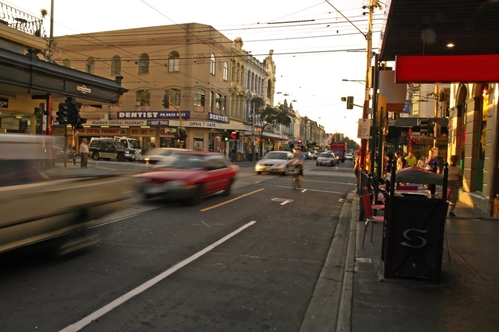 Melbourne is one of the largest and most diverse metropolitan areas in Australia, and it is not immune to the crime that can be prevalent in any large city. In one area, Footscray, government agencies elected to use a state-of-the-art video surveillance system to more effectively safeguard buildings, businesses, public transit and of course area residents. Thus far, the system has proven to be a resounding success for Footscray.

Located around five miles west of Melbourne's city center, Footscray is home to thousands of people, including many from outside Australia. Its population has been growing of late too, expanding by around 16 percent between 2006 and 2011, according to numbers from the Australian Bureau of Statistics. Footscray also has numerous train stations, light rail stops and bus lines.

But as population in the suburb (the word Australians use for neighborhoods) grew, so too did various crimes in Footscray and surrounding areas. The district of Maribyrnong, which includes Footscray, had more than 11,000 crimes committed for every 100,000 residents in 2011, according to statistics cited by Australian newspaper The Age. This made it one of the three most crime-ridden areas in the Australian state of Victoria that year, with twice as many vehicle break-ins in Maribyrnong than in the average Victorian city.

This spike in crime did not go unnoticed by residents, businesses and law enforcement professionals in the area. In an effort to help reduce burglaries, break-ins and other such behavior, Footscray officials decided in 2011 to implement a robust video surveillance network.

"It's a fast-growing area with a plethora of new infrastructure initiatives mid-build. And it's an area whose law enforcement officers are in an arm wrestle with what seem to be standard-issue challenges for any non-gentrified retail precinct in every big town's inner ring – public drinking and drug dealing," Security Electronics and Networks noted. "While Maribyrnong City Council had been thinking about installing a public safety system in Footscray for many years, it was a spike in the number and severity of such incidents, pressure from business people and the public, and the initiation of plans for serious redevelopment of the area that pushed this CCTV solution over the line."

With the initial deployment, Footscray officials installed 31 fixed and pan-tilt-zoom IP cameras at 16 different spots throughout the area. The cameras were primarily placed on poles on three main roads in the center of Footscray, near the area's primary train station. Footage from the cameras is recorded and viewed from the Footscray Police Station, ensuring that key hot spots for crime are always monitored even if law enforcement is not physically present at the scene. The PTZ cameras in particular are capable of capturing footage even if someone is behind glass, inside a store or many yards away. Plus, it can clearly capture text located far off.

"Yes, the system is awesome – we couldn't be happier with it – it's excellent. And we still get good color footage from the system at night – enough to ID people depending on ambient light," said Brendan O'Mahoney of the Victoria Police, according to Security Electronics and Networks. "The performance is well and truly above what we expected when we started thinking about CCTV. The image quality is great – fantastic. We can get usable images at 400-500 meters – if we had something happening at that range we could still use the footage. Car regos we are getting clearly at 200-300 meters. The system is intuitive – very easy to operate. At night you get the colors – and depth of field is good, too, depending on ambient light."

Firetide HotPort nodes underpin this entire system. They provide sufficient bandwidth to ensure latency and jitter do not hamper the real-time feed. This is no easy feat, as each IP camera requires at least a 2-Mbps connection at all times. The nodes enable the video surveillance system to be set up as a full wireless mesh network, which is key for ensuring its reliability at all times. This mesh network setup is critical to making sure the video surveillance system is available 99.9 percent of the time, Genetec noted.

"In terms of performance, Firetide has the stuff," Security Electronics and Networks stated. "Leveraging 802.11n MIMO transmitters, this mesh solution has a bandwidth of 400 Mbps – plenty for the demands of a solution this size. A key aspect of Firetide is that signals travel to the rooftop node via multiple signal paths giving network redundancy as well as resistance to interference. Redundancy is the key. The way the network is designed, there are two parallel paths for every video input so if there's interference on one path the signal just switches across to the other."

Thus far, law enforcement officials have greatly benefited from this video surveillance solution. O'Mahoney noted that it has enabled them to more quickly spot criminals and respond to crime scenes in record time. It has also proved to be immensely helpful in tracking suspects as they travel across Footscray. During an initial trial period of the system in 2011, it was credited as being instrumental in over 100 arrests.

Due to its resounding benefits, area officials hope to expand its usage in the near future. According to Genetec, two features that are especially of interest to law enforcement there are being able to download footage captured on the videos as images on a mobile device, and streaming video feeds on in-car laptops.

"Rather than giving out a description, we can send an actual still image of our suspect with the exact clothing that they are wearing at that time," said O'Mahoney, according to Genetec. "We've used it quite a bit on half a dozen iPhones and Android phones so far and it's been fantastic. We've also tested mobile capabilities using the wireless system with in-vehicle laptops so we can watch live footage as well."

Footscray is one of many municipalities around the globe benefiting from a video surveillance system underpinned by Firetide technology. To find out more, be sure to contact Firetide today!