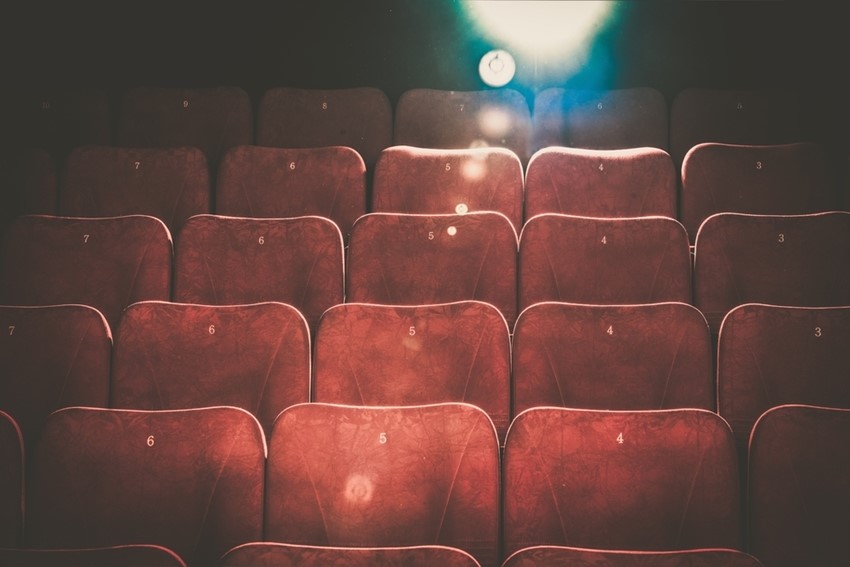 How often do you go to the movies? Weekly theater attendance in the U.S., at least as a percentage of the country's total population, has been declining for decades, from over 60 percent in the 1940s to around 10 percent ever since the 1970s.

Higher ticket prices tied to innovations such as 3-D, IMAX and dine-in theaters have maintained a steady level of inflation-adjusted domestic box office returns, but the number of actual tickets sold barely budged between 1995 and 2015, according to Nash Information Services. Over that same period, average prices doubled.

There are many reasons for this long-term change. As theater operators look to ensure their survival in the age of Netflix and smartphones, video surveillance solutions can be beneficial additions. Let's dive into what they can do in a theater, from the box office to the concession stand.

They can help with security and safety measures

Theater security has become a prominent topic in recent years. Cinemas are not like airports or government offices - people usually are not screened as they come in. This setup maintains the casual atmosphere that theaters are known for, but it can sometimes lead to serious incidents that endanger moviegoers.

As TIME noted in 2015, theaters are the "last major public gathering places without routine security," but the status quo is gradually changing. Metal detectors and CCTV systems have been implemented at a growing number of venues. Now, IP and HD cameras may have a leading part to play as well.

Ensuring compliance with regulations and safety requirements surrounding exits and restricted areas, allows security and loss prevention teams to monitor all activity inside and around theaters for unusual activity or dangerous behavior that may lead to unfounded liability claims.

Let's consider the creation of a city-wide surveillance system, like in Cincinnati, where the Police Department used Firetide solutions to set up a network of cameras connected to a central command point. These networked cameras gave officers overall access to real-time visuals of activity occurring in highly populated areas along the Ohio River such as Great American Ballpark and Paul Brown Stadium, allowing for more effective and efficiently deployed policing efforts.

The department was able to capture and distribute HD video with no noticeable degradation in performance, thanks to their Firetide 7000 series of nodes. This data has been useful in promoting public safety and in saving the city money it might have otherwise spent on less proficient equipment.

"[T]he responsiveness has been great," said department IT specialist Barry Whitton. "We get a lot of compliments from people that come in and look at our system. There's no latency. Everything moves very quickly."

They can help with profitability

When it comes to just showing films, movie theaters are low-margin businesses that sometimes struggle to maintain steady levels of ticket sales. At the same time, they have high-margin options available to them, most notably concessions.

The stark divide was apparent in one major theater chain's Q4 2014 earnings, when it posted higher than expected revenue and adjusted earnings despite taking in 4.5 percent less in ticket sales than the year before. Food was the big reason why, and it still accounts for the bulk of all theater profits.

Video surveillance systems can boost concession stand performance by improving loss prevention (which in turn helps prevent budget cuts in concessions) and keeping tabs on long-term trends such as how lines move, how many cashiers are needed, etc. A profitable movie theater needs to do a lot more than just sell tickets, and a video solution ensures that operators have the knowledge they need to branch out.

Video surveillance as part of a larger wave of theater upgrades

Many theaters are going through major technological transitions, as infrastructures such as old-fashioned projectors are upgraded to newer digital models with higher-resolution capabilities. In this context, upgrading to cutting-edge video surveillance systems can be part of this larger transformation.

Digital 4K projectors are part of a rapidly growing market, with vendors such as Texas Instruments, Panasonic and others trying to get a slice of it with new models. Other innovations such as smell-o-vision and kinetic seats could change the moviegoing experience in the years ahead, too. Theater operators can adapt to changing consumer habits and expectations by having video surveillance systems enabled for their venues via Firetide solutions. Learn more about Firetide today to see how video surveillance technology might benefit your business.