What Malls Need In a Video Security Solution 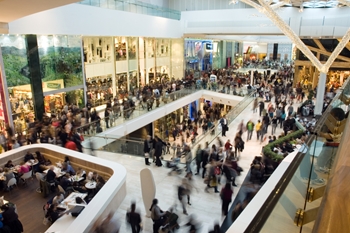 Despite several notable closures as well as the recent struggles of many of the mid-market retailers, such as JCPenney and Sears in the U.S., that often serve as mall anchor stores, high-end malls continue to thrive, as do other concentrated forms of retail such as suburban strip malls. The U.S. Department of Commerce estimated that even in May 2016, only 7.7 percent of all U.S. retail sales took place online, hinting at the central role that brick-and-mortar establishments, including malls, continue to play in the country's economy.

Video use cases in shopping malls

As they evolve to compete with e-commerce and smaller standalone stores, malls can greatly benefit from video systems, which helps explain why these buildings (along with similar retail outlets) were among the first commercial properties to install cameras on their premises. How does video help strengthen the position of malls? In practice, it serves several critical functions:

For these reasons and others, video systems utilizing CCTV cameras have become mainstays in malls across the world. But not all such solutions are created equal. Malls can be uniquely challenging locations to monitor, due to their vast sizes and large volumes of visitors. With these potential obstacles, what should mall operators look for in video systems for security?

What a mall video system should ideally include

Keeping an eye on the mall as a whole

These technical features ensure that video is optimally captured. Ensuring the value of your video solution does not stop there, however. Its supporting infrastructure must also be sound, in order to allow for proper data storage and long-term resilience.

Video is the most demanding type of media, due to its large file sizes as well as the complications that come with capturing a live feed in high quality and with low latency. For mall video security systems to work, they must have appropriate infrastructure in place to support video transfer from cameras back to central repositories that may be on the other side of the complex, or even at another site.

Cabled or wireless mesh systems may be implemented for this purpose. The latter is usually quicker, easier and more cost-effective to implement. High bit rates and seamless connectivity between the different cameras in the solution are also essential for relaying the video to security personnel for review.

Supporting the extensive and complex video solution required in malls may seem innately challenging, but it can be done with next-generation communications technology. In Thailand, Firetide implemented the world's longest wireless mesh network to support a live video monitoring system for the Royal Irrigation Department of Thailand.

The implementation could successfully send HD video data from network nodes to a command center over a distance of 70 kilometers, across 4 hops. Constant availability was ensured through various redundancy measures such as the use of GateWay Servers and Network Gateway Interfaces to prevent Spanning Tree Protocol loops. The customer chose the Firetide HotPort 7000 Series for its multi-input multi-output (MIMO) capabilities, which would help with long-term scalability.